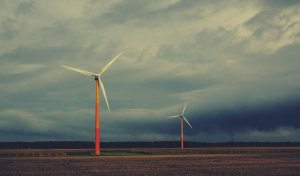 After the first auction for renewable energy sources in Croatia, for facilities with a capacity of less than 2 MW, the Ministry of Economy and Sustainable Development announced a new auction for large projects, primarily solar power plants and wind farms.
Minister Tomislav Ćorić noted that at the end of last year, Croatia launched a new scheme for renewables incentives, which was introduced by amendments to the Law on Renewable Energy Sources. The scheme envisages auctions for premiums and feed-in tariffs.

The conditions have changed, the minister said, adding everyone is aware the costs for the technologies are falling and that renewable energy projects are feasible with much lower prices.

At the first auction for awarding premiums and feed-in tariffs, which ended last month, the quota was 88 MW, but incentives were approved for only 25.5 MW.

The auction will be set up in a way that will prevent the possibility that just one or two projects win the entire capacity, Ćorić asserted at the press briefing, the ministry said.

With the adoption of the Energy Development Strategy of the Republic of Croatia until 2030, and the national energy and climate plan (NECP), Croatia has made a significant step forward compared to the previous period, he said.

The Krk LNG terminal will significantly change the position of Croatia

Ćorić highlighted the installation of the liquefied natural gas (LNG) terminal on the island of Krk as one of the most important energy and infrastructure facilities in Croatia in the last 30 years.

Croatia believes the project will significantly change the position of the country in the context of EU’s energy policy, Ćorić said.