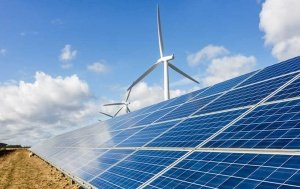 The World Bank’s Board of Executive Directors today approved additional financing of EUR 289.5 million ($ 325 million equivalent) to the Turkish Electricity Transmission Company (TEİAŞ) for the Renewable Energy Integration Project (REIP). The original project with a EUR 217.6 million IBRD loan and a $ 50 million Clean Technology Fund (CTF) loan was approved on May 9, 2014.

The REIP is assisting in the development and strengthening of transmission infrastructure to support integration of wind power plants to the electricity transmission grid, implementation of smart-grid investments to improve operations and management, and installation of submarine power cables to interconnect wind energy locations with other parts of Turkey.

“This project is part of the World Bank’s commitment to support Turkey’s Energy Transition Agenda,” said Auguste Kouame, World Bank Country Director for Turkey. “This project will contribute to greater use of renewable energy through the implementation of critical investments to integrate renewable energy into the electricity grid. This in turn will support Turkey’s climate action agenda.”

The Project consists of the following four components:

Development of Transmission Infrastructure – includes finance for Çiftlikköy Gas Insulated Switchgear (GIS) substation, which will pool electricity generated by wind power plants in the southern Marmara region and transfer power to the consumers in Bursa, Istanbul and Kocaeli.

Smart-grid Investments – Technical assistance activities to identify future investments in this area will continue, including support for the National Smart Grid Management System, if needed, or other activities, which could be considered at a later stage.

Submarine Power Cables – will include investments in:

Lapseki 3-Sutluce 3 Submarine Power Cable – the third double-circuit submarine cable route, stretching 4.5km across the Dardanelles Strait, connecting the Anatolian side and Thrace side, with nominal capacity of 1,000MW per circuit.

”Turkey’s GHG emissions rose by 140.1 percent in the period 1990-2017, reaching 526.3 million tons (Mt) of CO2 equivalent, of which 72.2 percent was energy related. Through this project Turkey will contribute to the reduction/avoidance of GHG emissions stemming from electricity generation based on solid fossil-fuels, mainly lignite,” remarked Yeşim Akcollu, Task Team Leader of the Project.

The project contributes to the Turkey Country Partnership Framework (CPF) for the FY18-21 period by supporting the objective to improve the reliability of energy supply and generation of green energy. This financing will facilitate the scale-up of RE integration including private sector financed RE, which will contribute to promoting Turkey’s competitiveness while deepening its sustainable growth. In addition, it is also expected to improve energy security through development of domestic R renewable energy resources and strengthen cross-border capability to neighboring European countries through network enforcement.

The project is funded through an IBRD Investment Project Financing (IPF) instrument, with a final maturity of 14 years including a grace period of 5 years.