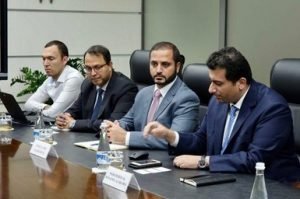 Talks were held in Tashkent with the delegation of Mubadala Utilities and representatives of the Asian Development Bank (ADB) on the privatization of the Talimarjan TPP as part of the agreement reached in March during the visit of President Shavkat Mirziyoyev to the UAE.

The signing of an investment agreement is planned before 2020. This could be the first case of a foreign investors buying shares of an Uzbekistan’s electricity generating facility.

In February 2017, commissioning work was completed at the Talimarjan TPP in Kashkadarya province, after the construction of two combined-cycle plants with a total capacity of 900 megawatts by South Korean Daewoo and Hyundai.

The US$ 1.28 billion project allowed to increase the power generation by 2.3 times – up to 10.4 billion kWh. A project is underway to build another two CCGTs with a capacity of at least 900 megawatts through loans from ADB and the European Bank for Reconstruction and Development worth total of US$ 790 million.